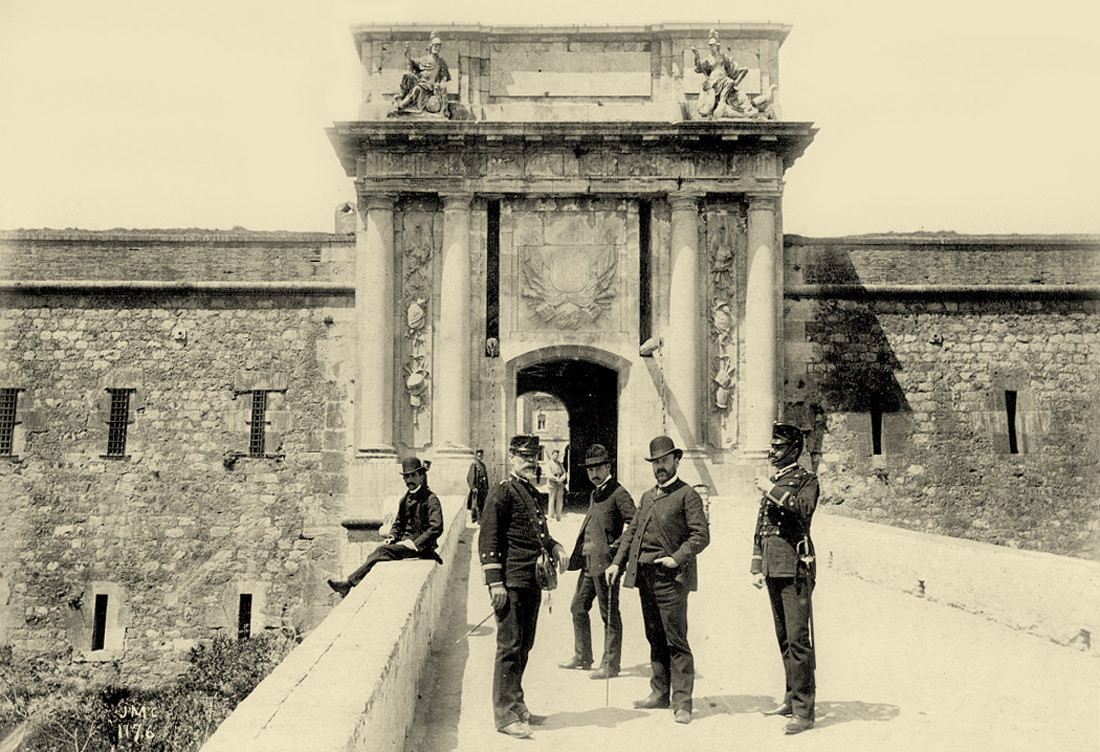 The Saint Ferdinand Fortress –Sant Ferran Castle– is the largest monument in terms of area in Catalonia and the largest bastion fort in Europe. It covers 320,000 m2 and its exterior perimeter is 3,125 m. But Sant Ferran is much more than a site of colossal dimensions. The greatest technical advances of the time became reality here. This exceptional construction is the best example of engineering, hydraulics, town-planning, hygiene and sanitation.

The Sant Ferran Castle greatly exceeds the simple dissuasive need of military strategy. It is only possible to take in its true size bearing in mind its symbolic value and everything including the harmony and aesthetics. It was an immense work of prestige and a demonstration of Spanish military engineering of the 18th century and, above all, an expression of the non-bellicose policy of the reigning Monarch at that time. Constructed on the Camino Real [the King’s Highway], a short distance from the border, as an imposing entrance to the Kingdom, a poem from the era very aptly defined the fort as an immense rainbow of peace.

Historically, Sant Ferran was a late consequence of the Thirty Years’ War, one of the effects of which was the retreat to the south of the eastern borders between the French and Spanish monarchies. The new border arising from the Treaty of the Pyrenees (1660), left the ancient Catalan Counties of the North under the sovereignty of the King of France and with them, their fortifications.

Thus, the Ampurdán region became an open road for invasion and, as such, should have been protected, but the decision to construct a large fort for that purpose was delayed for almost a century. Finally, construction of the Royal Fortification of Saint Ferdinand of Figueres: the most beautiful fort of the Europe of Enlightenment began in 1753 under the reign of King Ferdinand VI of Spain.

The construction, designed by the prominent military engineer Juan Martín Zermeño, could comfortably house a garrison of four thousand men with enough water and supplies for one year’s siege. To erect its walls and to build its exterior defences required the daily work of almost four thousand labourers. After the King’s death, the work languished, the construction of the interior buildings was irregular until the end of the 18th century and some of them were never finished. It was not assigned a garrison until 1792.

Entry into service of the fortress coincided with the last armed conflicts with the neighbouring country and as such its war record is limited. During the War of the Pyrenees (1793-95) Sant Ferran played a secondary role as an operations and provisions base. In 1808, at the beginning of the Peninsular War, it was occupied by Napoleon’s troops under the guise of being allies. In 1811, a group of Miquelets [Catalan militia] recovered it after a daring sudden attack and held it for four months.

During the Spanish Civil War (1936-1939) the fortress was a meeting point for the International Brigades, a war material distribution point and a refuge for part of the Spanish Artistic Treasure. Paradoxically, it was this conflict that gave Sant Ferran an unexpected significant role as it became the seat of the Spanish Republican Government for a few weeks.

On 1 February 1939, the last meeting of the Republican Parliament on national territory was held at Sant Ferran. A few days later, on 8th, with the evacuation of Figueres by the Republican army, a large amount of war material stored in the fortress was blown up. That tremendous explosion caused significant damage, such as the disappearance of the southern curtain wall, with its extraordinary monumental gate, and of the north-eastern curtain wall with half of the stables.

During the post-war period, important restoration work was carried out to set up the fortress as a large barracks, as it was so used until the 1960s. It was finally opened to the public in 1996.